To Offend or Not to Offend, That is the Question

I wish I would have had my camera with me this morning on the way to work. There is a fundamentalist church (whose signs I have posted photos of before) boasting this little nugget of wisdom on their marquee:

"The purpose of the Christian life is to fulfill the Master's will."

If I'm not mistaken, that was also the purpose of the slave's life. 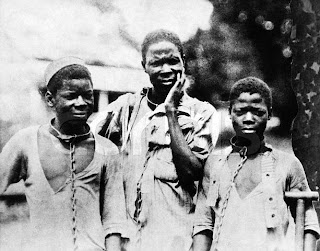 As if I didn't already have a pretty good understanding of how slavery was justified by the majority of Southern Christians prior to and during the Civil War, and how obedience was sold to the slaves through the medium of religion, that sentence alone really hammered the point home.

I find this mindset both obnoxious and frightening. The master/slave dichotomy has no place in a free, secular society.

******************************************
On the way home from work, I had a different type of experience. While waiting through 2 cycles of a stoplight, I quickly updated my facebook status with a flippant comment about a bumper sticker I saw on the car in front of me. It was a sticker for a local Christian school in town, whose mascot is a lion. My ﻿smart-ass remark went something like this:
"Anyone else find it ironic that a Xtian school has a lion for a mascot? Apparently someone did not think that through completely."
Later on, I found that I had apparently offended a couple of my Christian friends. Punctuated with exclamation points and question marks, one friend replied "Lion of Judah!!??!?" and another with "Aslan?"

Now, I have to sheepishly admit, I found the idea of Aslan being the mascot rather appealing. I mean, yes, Narnia was nothing but a big old Christian metaphor, with Aslan filling the role of God, but if I was going to create a deity or mascot, what better one than a big, regal, rideable, child-loving lion? Of course, as I explained in my reply, I didn't think Aslan was the reason for the lion mascot.

As to the Lion of Judah, I also have to confess that that particular metaphor did not cross my mind at all as I was sitting at that light. I was more focused on the idea of lions in the book of Daniel, or the lions of Rome to whom many Christians were more-or-less sacrificed for sport. It was with this in mind that I dashed off what I thought was a witty, if a bit snarky, comment. After all, who would want a Christian-eating lion as the mascot of a Christian school, right?
Unfortunately, I did have to concede (on FB anyway) that my friend was probaly correct with his Lion of Judah interpretation. In my defense though, during my own Christian upbringing, although I was familiar with the Jesus as lion metaphor, it was the metaphor of Jesus as lamb that was emphasized, and with which I was most familiar. Who knew that I'd be able to offend Christians with their own simultaneously contradictory metaphors? After all, it's not like I questioned the wisdom of leaving the Lamb of God alone with the Lion of Judah (which would be a truly blasphemous mixing of the metaphors)! 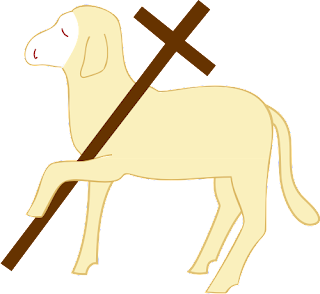 I suppose that is the point of this whole little story (if there is such a point). Christians find it so easy to get offended when their own religious doctrine offers so much contradiction that almost any silly comment made without intent to offend is bound to ruffle somebody's feathers.
As a sidenote, I also find it absurd that religious believers find it necessary to defend their god from irreverent and flippant commenters such as myself in the first place. I really just want to say, "If I've insulted God, I'm sure he'll let me know. After all, look at what he did to Job...and Job was a righteous man." So far, God's been pretty mum on the whole thing, which leads me to conclude that he obviously has a much better sense of humor than those Christian soldiers who feel compelled to defend his honor.

Posted by Random1 at 9:39 PM No comments: Links to this post