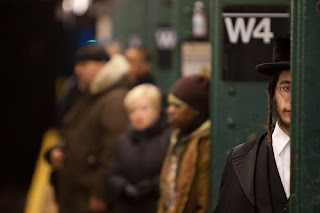 On my last trip to New York, we took a train to Times Square. As we were walking through the station towards 42nd Street, a group of 4 young men (Hasidic Jews) approached us and asked if we were Jewish. When I said no, one of the young men handed me a card and told me that on the card I would find the seven universal laws, and if I would just follow them, they would lead to true peace. Believing that now is as good a time as any to get started down the path of true peace, I decided to check them out and share what I discovered. "The Seven Universal Laws" are as follows: 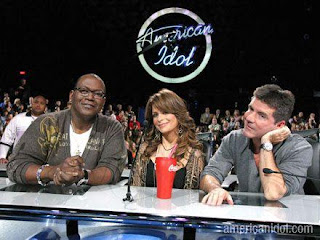 Believe in G-d and renounce idolatry. (Wow...Simon Cowell is so screwed!)
Honor the Almighty by not blaspheming. (Well, how in the hell do you expect a godless heathen to follow a goddamn rule like that?!?)
Respect all human life and not commit murder. (Hmmmm....It might be tough, but I'll try.)

Refrain from immoral conduct; adultery, incest and homosexuality. (Adultery? Check. Incest? Um...like 1 million times check! Homosexuality? Check for me, but that "law" might be a bit difficult for whole sections of NYC. And why is "immoral" behavior confined to sexual behavior? I guess Yahweh must have a one-track mind.)

Respect the property of others by not stealing. (That's a given.)

Respect G-d's creatures and not partake of flesh from a living animal. (Well, duh...living animals squirm too much.)

Foster justice by supporting honest courts of law. (As opposed to the courts of law we have now??  i.e., corporations = individuals = freedom of speech = the right to spend billions to ensure that laws remain entirely corporate-friendly)


Alright...so those are the Seven Universal Laws. Please bear with me as I submit these "laws" to my own unofficial test of universality. 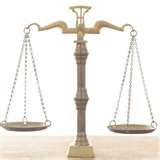 Well, by my count, that makes just 2.5 out of the 7 laws that met my unscientific criteria for universality, and all of those were related to concepts that promote social cohesion and universal prosperity, thus eliminating any need to identify with Judaism, or any other religious belief system.

With regard to promoting "true peace", again, only 2.5 out of 7 stand a chance of accomplishing this. The others remain "true" only in the eyes of the believers themselves and if they accomplish true peace for them, I am all in favor, as long as it is not at the expense of others, like myself.

As for the 4 young men freezing their beards off in the 42nd Street subway station while attempting to hand cards out to tourists who mostly ignored them, I hope they find their own sense of peace....but more importantly, I hope they find a warm place to be when their mission is over.

--Robert G. Ingersoll
Posted by Random1 at 2:56 PM No comments: Links to this post

Today I encountered one of those situations in which it was very uncomfortable to be a godless heathen.


It happened when I went out to lunch with several of my colleagues from work. While we were waiting for our meals to arrive, one of the very lovely ladies I was with suggested (nay, demanded) we bow our heads and say a blessing. Now, where I live, it is not uncommon to see people holding hands and praying in public restaurants. Therefore, this is not something I am unaccustomed to witnessing.

However, what got my panties in a bunch was the fact that everyone at the table just assumed that it would be alright with everyone else at the table. Never once did anyone appear to even consider the possibility that one or more of us might not be inclined to pray to a particular god, or (horror of horrors), might be an outright atheist.
So there I sat, head bowed, eyes involuntarily rolling at the servile platitudes being offered to "the" deity supposedly responsible for providing us with our lunch (which wasn't of the healthiest variety, I might add), feeling like a complete fraud. And why? Because I felt compelled to be considerate of the others' desire to thank an imaginary, invisible sky person for providing the overly-processed food we ordered.
Yet, without realizing it, these otherwise very kind women had been incredibly inconsiderate of my desire to NOT do so, and I can't help thinking about Mr. Ben Stein's rant about how Jews and Christians don't like being "pushed around." (See blog entry from 12/29/09) Once again, it seems rather ironic to me that a member of the vast majority would be complaining of discrimination and/or inconsideration at the hands of the overwhelming minority and I wonder just how offended my colleagues would have been had I refused to participate in their ritual due to my (ir)religious beliefs. Perhaps one of them would be blogging about me tonight. ;)

"The dull pray; the geniuses are light mockers."

--Ralph Waldo Emerson
Posted by Random1 at 9:40 PM No comments: Links to this post