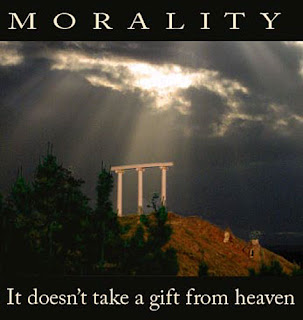 Lately I've come across numerous arguments by theists in books, articles, blogs, forums, and videos stating the belief that one cannot be a moral person without a biblical foundation/grounding. In fact, it would seem that the world as we know it is going to hell in a handbasket thanks to the increasing number of freethinkers who reject not only Judeo-Christian biblical morality, but all standards of morality fundamentally based on religious dogma. 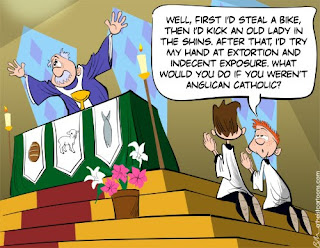 It really does make one wonder whether the people propogating this morality myth have ever actually read the "code" upon which their sense of morality is supposedly based. Even if they have read it and do possess more than a passing familiarity with it, I can't help wondering further exactly how they managed to come to the conclusion that the morality outlined in their particular holy book is not just the "best" standard, but should be the "universal" standard. Let's examine them here. 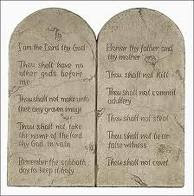 Sam Harris, who is more eloquent by far than I, addressed this problem of considering the 10 Commandments as the best guide to morality in his Letter to to a Christian Nation (pp 20-22). He wrote:


The first four of these injunctions have nothing whatsoever to do with morality. As stated, they forbid the practice of any non-Judeo-Christian faith (like Hinduism), most religious art, utterances like 'God damn it!,' and any ordinary work on the Sabbath--all under penalty of death.

Commandments 5 through 9 do address morality, though it is questionable how many human beings ever honored their parents or abstained from committing murder, adultery, theft, or perjury because of them...And what are we to make of the fact that, in bringing his treatise to a close, the creator of our universe could think of no human concerns more pressing and durable than the coveting of servants and livestock?

Mr. Harris then goes on to issue a small challenge.


If you think that it would be impossible to improve upon the Ten Commandments as a statement of morality, you really owe it to yourself to read some other scriptures.

Now, I am certainly no scholar when it comes to world religions, but a couple of weeks ago, I took a crack at creating my own set of "Atheist Commandments" (with a little help from Richard Dawkins). In future posts I will go into more detail with each one, and if anyone has suggestions for things I missed, feel free to let me know.

(In a study involving hypothetical moral dilemmas)
"There were no statistically significant differences between subjects with or without religious backgrounds....Like other psychological faculties of the mind, including language and mathematics, [it appears that] we are endowed with a moral faculty that guides our intuitive judgments of right and wrong....It is our own nature, not God, that is the source of our morality."

Posted by Random1 at 11:19 AM No comments: Links to this post

Here is one of the latest episodes of Fundie Founding Father Hijacking with Sarah Palin in the lead. I really would like to suggest that Palin (and all her adoring fans) read one of the following:  Susan Jacoby's Freethinkers: A History of American Secularism, Doubt by Jennifer Michael Hecht, or any of the more recent biographies of the FFs (Thomas Jefferson, Author of America by Christopher Hitchens is a good one.).  However, given that self-education is an activity in which only the evil 'liberal elite' seem to engage, I don't hold out much hope that she would ever condescend to take me up on my suggestion.

"The United States of America should have a foundation free from the influence of clergy."

--George Washington
Posted by Random1 at 7:51 PM No comments: Links to this post

I do not own an iPhone, but if I did, this would be an application that I just might have to get. It's sort of like a pocket-sized Dawkins/Hitchens/Shermer, etc. at your beck and call...and what sincere atheist/skeptic/humanist couldn't use one of those?  :)

Posted by Random1 at 5:58 PM No comments: Links to this post