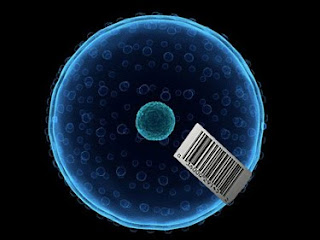 The single celled organism, created by Dr Craig Venter and his team, was said to be ‘outraged’ when it discovered that a supernatural being, not subject to any form of regulatory control, was still involved in the creation of life.
‘I cannot believe that God would be so irresponsible,’ said the synthetic cell, ‘creation is clearly a matter for scientists. This God guy should butt out and learn to accept His place in the grand scheme of things.’
Many ethicists believe that God has repeatedly overstepped the mark. ‘Nobody objects to the Lord producing a few miracles here and there,’ said philosopher AC Grayling, ‘but when he starts playing around with the very stuff of creation then He has clearly exceeded his remit. I am beginning to think that this omnipotence thing has gone to His head.’
God’s continued tampering with scientific matters has already been blamed for numerous ‘all-mighty blunders’ including Flu, Malaria, HIV and Piers Morgan. ‘He cannot be allowed a monopoly on this level of unregulated power,’ said Dr Venter, ‘that is why I am currently seeking to patent the genetic code for omnipotence so that we can keep His crazy meddling under some kind of control.’
A spokesman for the Lord said, ‘God has been working on this project for almost 15 billion years. Yes, He has made a few mistakes along the way but that is to be expected. This is still very much a work in progress and, dare I say it, a process of evolution.’
Speaking at a press conference, the synthetic cell said: ‘Dr Venter created me and I owe my loyalty to him. He’s the daddy now. God might be omniscient but, let me assure you, He doesn’t know everything.’
--Article courtesy of Lucidity @ NewsBiscuit


You can view the original article at the link below:
http://www.newsbiscuit.com/2010/05/25/synthetic-life-form-accuses-god-of-playing-science/
Posted by Random1 at 5:03 PM No comments: Links to this post

The Next Great Fundie/Freethinker Debate

Christian Groups: Biblical Armageddon Must Be Taught Alongside Global Warming (via The Onion)


Christian Groups: Biblical Armageddon Must Be Taught Alongside Global Warming
Posted by Random1 at 4:37 PM No comments: Links to this post